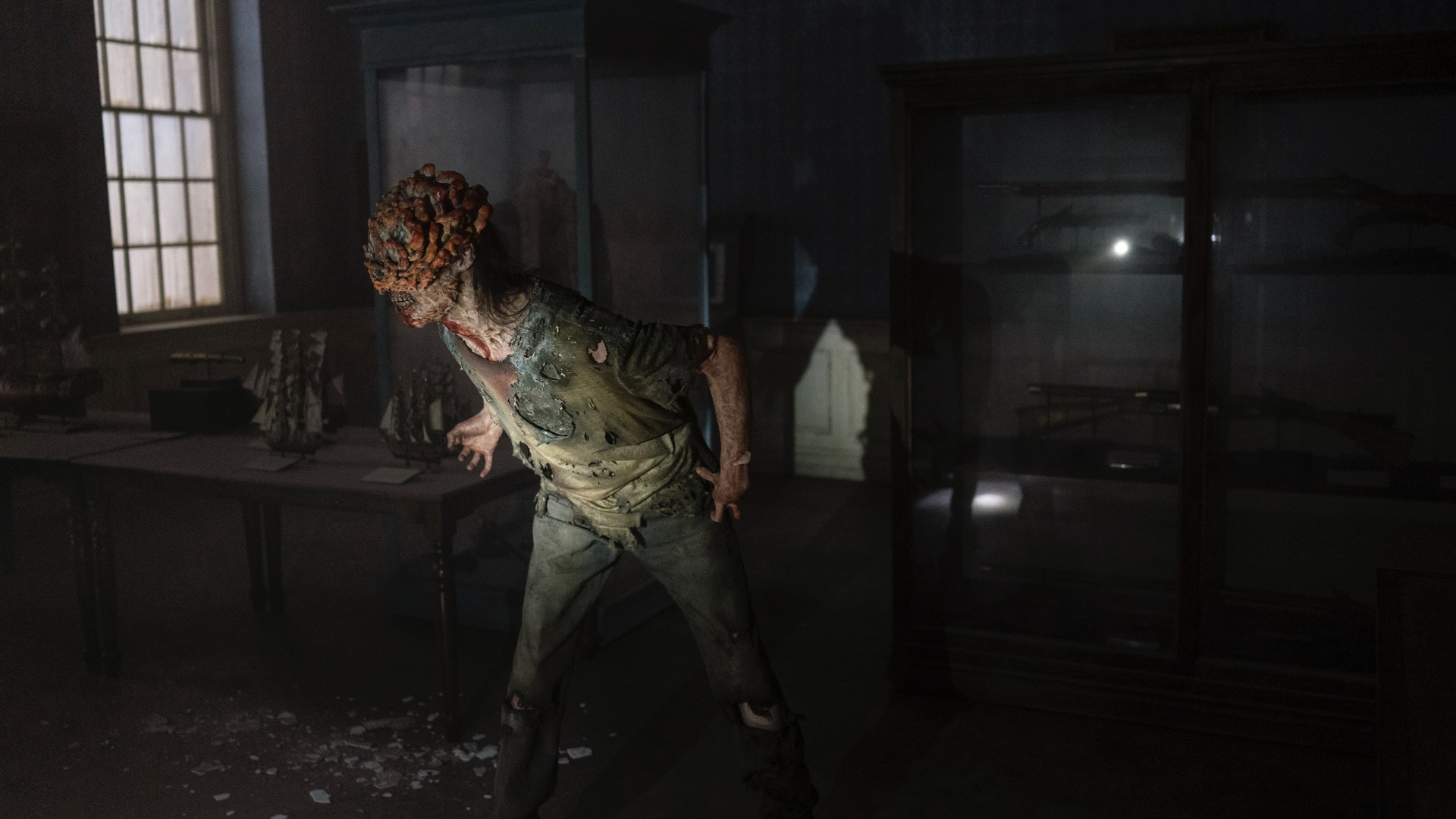 “Infected,” episode 2 of The Last of Us, gets us intimately acquainted with the show’s Clickers. And when I say “intimately,” I mean intimately.

At the start of the episode, the Clickers — people who have been infected by cordyceps long enough for the fungus to take over their sight — are an unknown threat, a series of ominous screeches in the distance. However, by the episode’s end, we’ve watched Clickers attack Joel (Pedro Pascal), Tess (Anna Torv), and Ellie (Bella Ramsey). We’ve experienced their lurching movements and chilling clicking noises. And, perhaps worst of all, we’ve seen how they welcome new Clickers into the horde — with what can only be described as a fungal kiss.

The Clicker kiss is one of a few changes The Last of Us makes to its version of the video game baddies, but like most of these deviations so far, it works. Elements like the kiss and the newly added cordyceps network are aligned with the spirit of the source material, yet they keep viewers familiar with the game on their toes. Most importantly, they flesh out the Clickers so that they’re more than just a mindless horde. They’re a community — and that’s the most frightening change of all.

‘The Last of Us’ review: Yes, it’s just as great as you hoped it would be 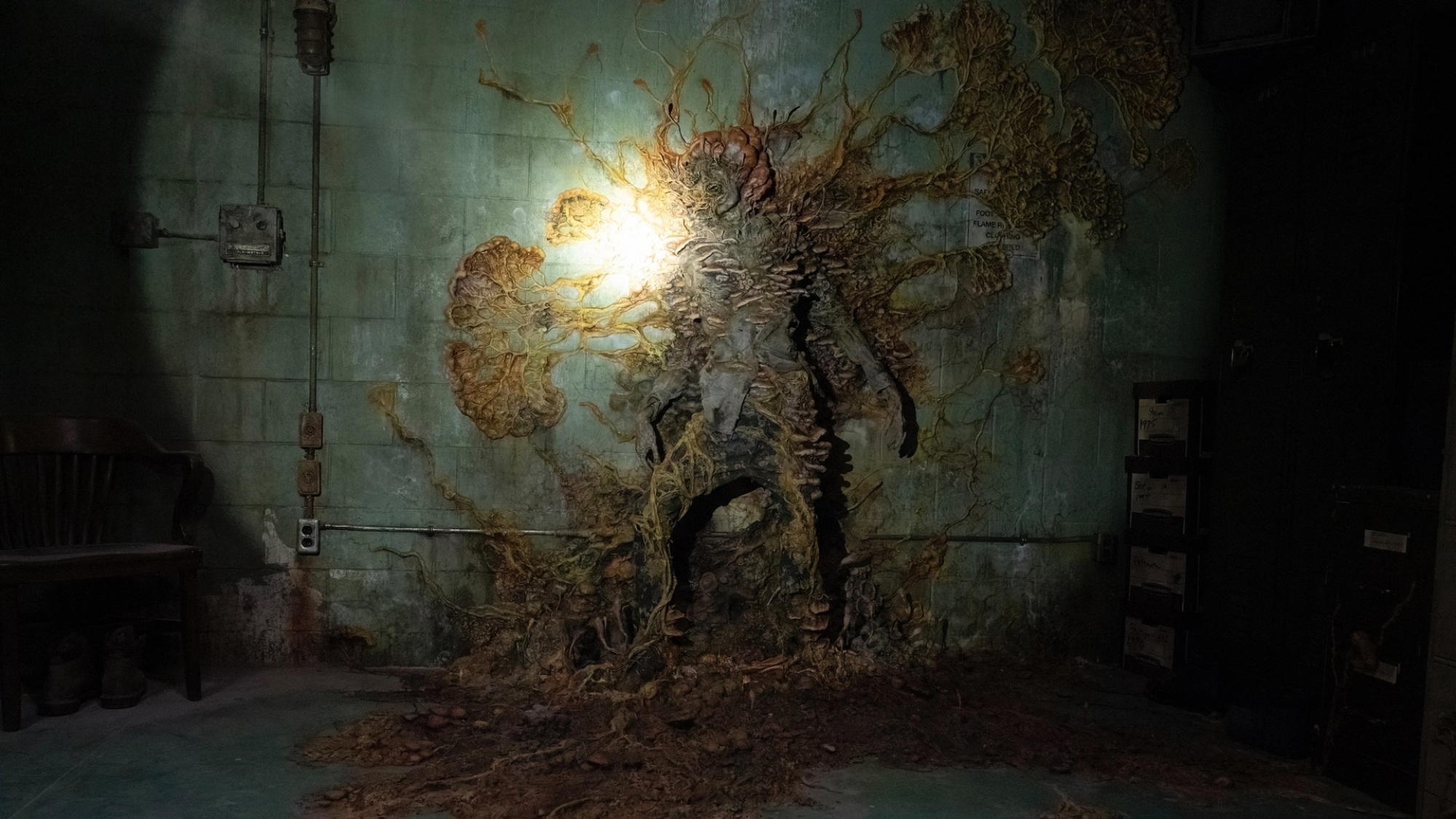 When Joel, Tess, and Ellie find a vantage point in an abandoned hotel, they see a massive group of Clickers lying on the ground outside. As sunlight passes over them, they writhe in unison, prompting Ellie to realize “they’re connected.”

“More than you know,” Tess replies. Turns out, the cordyceps fungus doesn’t just grow inside its hosts. It also grows underground, stretching for long distances. If you step on a piece of cordyceps in one place, Clickers miles away can feel you and begin to hunt.

This network replaces one of the in-game forms of cordyceps transmission: spores. In a video breaking down “Infected,” co-creators Craig Mazin and Neil Druckmann describe how it would be tough for viewers to buy that spores remain localized when in reality they would just spread everywhere. To come up with a new way for the cordyceps fungus to manifest itself in the world, they drew on the real-life “wood wide web”: an underground network of roots, fungi, and bacteria that help plants and trees communicate with each other.

The show’s version of this network adds an extra sense of dread to an already dreadful world. The very ground you walk on could betray you — one misstep and you’re finished. The cordyceps network also lays the ground for the deep connection between the Clickers, which plays a huge role in Tess’s death.

One Clicker kiss captures the horror (and the beauty) of cordyceps. 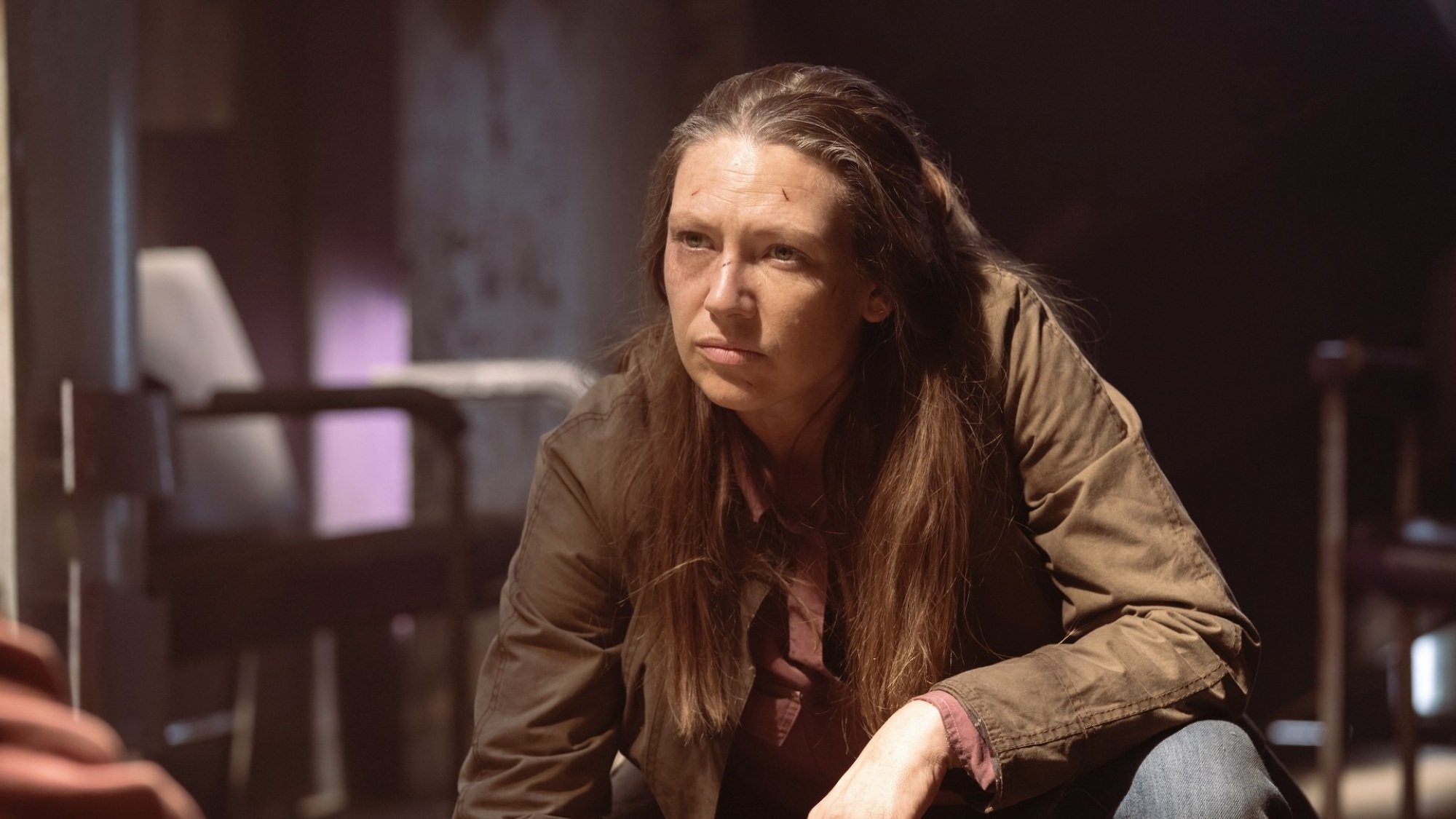 The final act of “Infected” is Tess’s swan song. Once she realizes she’s been bitten, she pushes Joel to take Ellie to the Fireflies and blows up the oncoming Clicker horde to buy them time to escape. However, as the Clickers rush past her, they stop, realizing she’s infected too. One draws near her, tendrils of fungus emerging from its lips. Then it kisses her, and we see the tendrils enter her mouth in excruciating detail.

The instinctual response to the kiss is one of horror. “It’s very Jungian, it’s very upsetting,” Mazin says of the scene in HBO’s official The Last of Us podcast. “Anything penetrative is disgusting and scary when you’re dealing with monsters… There’s something so creepy and gross and primal about it, and yet also weirdly…beautiful.”

Part of that strange beauty comes from the Clickers’ design, courtesy of prosthetics designer Barrie Gower. Fungus fans out from Clickers’ heads in a way that is at once mesmerizing and alienating.

Then, there’s Druckmann’s direction of the scene, which stylistically eschews straight-up horror for something more romantic. In the podcast, Druckmann recalls wanting to convey the intimacy of the moment in spite of the horrors playing out onscreen. “Instead of shooting it in a creepy way, let’s shoot it in the most beautiful way: backlit, silhouetted, profile view, and we slowly come in and in and in as if it were the intimate kiss of two lovers,” he says.

As Mazin puts it in the podcast, this moment helps establish “a sick kind of community” among the infected. “The fungus loves too,” he says. “It makes more of itself. That’s what we do when we love each other, that’s how the species propagates.” The kiss, then, is a manifestation of that fungal love — a tender action so far-flung from the biting and flesh-tearing we’ve seen from any infected beings so far.

The romantic framing of the kiss further increases the horror of Tess’s demise. We see the terror in her eyes as she surrenders to the embrace of the infected, and we know that she’s being brought into the community that she’s spent much of her life fighting. It’s also a reminder to us, as viewers, that the Clickers are a far more nuanced threat than we may have originally thought.

What we come to realize is that in the 20 years since the initial outbreak, the infected have developed their own systems of communication and affection. They’ve expanded their numbers relentlessly, taking more and more of the city as their own. In the face of this constant growth, there’s a good chance that Tess’s fate is the future that awaits the rest of humanity. And that idea of assimilation into a hive mind that we don’t understand evokes the worst fear of all: plain old existential dread.

The Last of Us is now streaming on HBO Max with new episodes airing weekly on Sunday nights at 9 p.m. ET on HBO.

OpenAI reportedly tests ChatGPT Pro. What we know about the paid version.